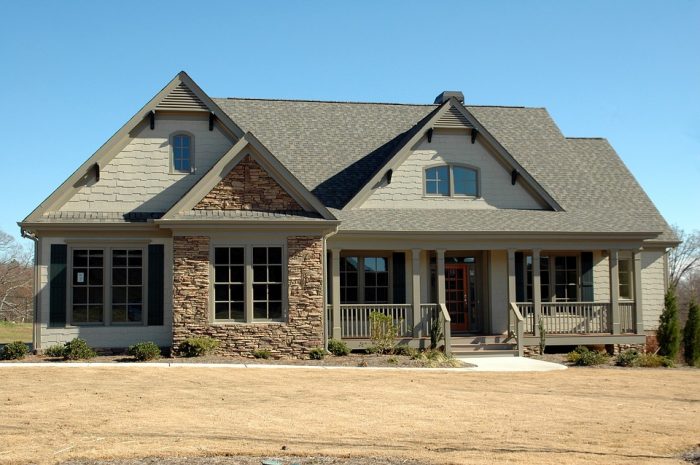 We really hope that this guide to residential styles in Columbus, Georgia is going to be useful to you. If you are planning to restore your house this can be helpful in order to retain a level of historic significance. This is important as, then, you can file a case for historic preservation tax incentives and/or local preservation grants. Also, you need to pay close attention when choosing a place to live if you need to organize your relocation. Thus, keep reading.

What to pay attention to when identifying residential styles in Columbus

The type of buildings and the architectural style are two separate things. This is important to know as people often confuse these two. Consequently, when observing a house, you usually misinterpret it by only considering style. The type of the building, especially residential, is defined by building height and the floor plan. Unlike commercial buildings, residential building types are not only influenced by roof forms, yard or porch but also by potential attached structures or outbuildings. In Columbus, and in Georgia there are 8 predominant house types.

The style of the building is more influenced by decorations that are usually connected with materials and period of construction. Generally, post-World War II suburban styles were under the influence of overall neighborhood character. If we look at the type as just a form of internal basic shape, style is defined more with external decorations and ornaments. It is important to know that building is marked as a high style if it is “pure” to all that characterizes a particular style. Most homes in Columbus local historic districts, show the influence of shaped materials and detailing characteristic of fashionable styles but not to such an extent as to be classified as high style.

If you are considering to get away from all these styles and types somewhere far away, consider finding the best moving company at bestcrosscountrymovers.com.

There are 15 most common residential styles that we can see in Columbus’s historic districts.

The first among residential styles in Columbus dates back from the end of the 18th and beginning of the 19th century. This style is also called “Adam” by the brothers who popularized it. The main characteristics are the small entry type porch with an entrance that is in the center. The building would generally have two stories. In addition to that, builders would usually put arched Palladian windows on the second story above the front door. Roman and Greek culture have a large influence on this style.

In appeared in the 1820s as a sign of sympathy for the Greeks fighting for independence. This style had always two stories and a gabbled or hipped roof. A distinctive mark is a full façade porch that is at the full height of the building, usually supported by classical columns. This style main detail was a strong emphasis on the cornice.

This style was dominant in the 1840-1880 period. It appeared as an alternative to other styles because of the emphasis on elaborate window hoods, large wide eaves, and porch brackets. This style is quite ornate which can be seen on supports, columns, and door frames. If you have to relocate far away from Columbus you will need a reputable moving company. But will all these styles you might find something that resembles the place where you want to go, for example, Italy.

Second Empire style is quite recognizable by its mansard roof type, central tower, and dedication to details. It fell out of favor by the end of the 1800s due to the costs. Queen Anne style took over at about the same time. The style was invented in England but was popularized in the States after the Civil war. The roof is steeply pitched with a central hip that has gabled extensions.

This style is by far the most widespread style in Columbus and it encompasses a number of different types and styles. Classical Colonial style engulfs the period 1880-1950 because of various revivals of this style. Typically, this style is a rectangular shaped building with bedrooms on the second floor. Another prominent feature is a very large entrance with fanlight and sidelights. People would usually relocate into similar houses as this style was so popular.

Spanish Colonial Revival sub-style exists mainly between two World Wars. Distinctive characteristics are one floor and exterior plating is from stucco. If you decide to live in small-town or suburbs, you will find this style present there.

It was used along with Colonial-style until the start of World War II. In Columbus, the Revival sub-style represents one-story cottages as well as multilevel manses. Its widely recognizable Ionic or Corinthian columned porches often extend the full height of the house.

This style has a bit of interesting history. In his own magazine “The Craftsman”, Gustav Stickley, the creator of this style described this style as house reduced to its simplest form. Its low, broad proportions and absolute lack of ornamentation give it a character so natural and unaffected that it seems it can blend with any landscape. Simplicity, along with extensive porches are the main features of this style.

During the period 1940-1960, this small, uncomplicated style became popular in suburban developments. A 20th-century Cape Cod has one or one-and-a-half stories and steeply pitched, gabled roofs. It may have dormers and shutters. The siding is usually clapboard or brick, while it has a stone foundation.

Or “California bungalow” is a variation of Craftsman style. It has one floor with a garage or carport always present. If you are moving with a  large family, finding a place like this is always convenient. Patios and/or courtyards are in the back as this style promotes outdoor/indoor living style.

Neo-Colonial Revival and Neo-Georgian styles were used during the second half of the 20th century. You can rarely see them outside Georgia. Builders always used brick or wood as an exterior material, porches are always in the back. Side building is always present and it usually represents a guest house. Differences come in decorative details, like masonry belt-courses and pediments over doors.

We will end the story about residential styles in Columbus with the English Vernacular Revival style, which is very hard to recognize as it comes in many different shapes and sizes. But experts can notice their very prominent chimneys and steep roofs. Again, I really hope that you found this Guide to residential styles in Columbus, Georgia useful. Especially if you are an owner looking at how to finance the renovation of these historic buildings.