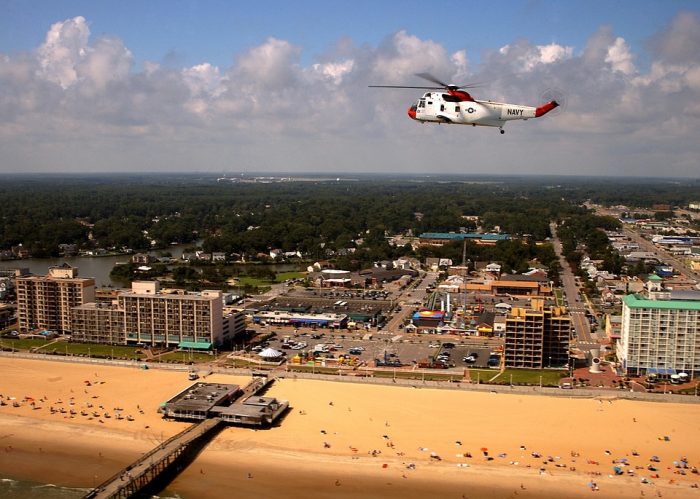 Alright, let’s get this out of the way. If you’re moving to Virginia – you’re moving to one heck of a place. I mean, at first sight, it may not sound as the fanciest place on earth, but whatever your reasons are – the place is epic.

I know many may disagree, but many haven’t ‘tasted’ the place as they should have. There’s nothing specifically big about the place, but its the countless little things that brighten up your every single day.

Moving to Virginia – The Why

I mean, it definitely isn’t a landmark, nor is it anything big. But after living there, there isn’t a place on this planet that will have what Virginia has – fried pies. Sounds silly, sure. Sounds silly up to the point you have them. And once you do – then you can judge.

This dessert is the favorite in the region. This dessert pastry is very similar to a turnover stuffed with fruit. There is one extra detail to it and that’s the fact that they are deep-fried which gives your taste buds an entirely new world.

Best of Both Worlds

Even though Virginia is vast, regardless of where you chose to live you will be able to enjoy the city life as well as the country life. While within a grasp of one of the major cities such as Richmond and Virginia Beach you are located in a very urban city. A city filled with public transport, culinary wonders, art scenes and other good, fun city stuff.

However, as soon as you leave the city limits you are offered a wide range of open country, Appalachian Mountains, and other cool places alike.

Basically, if you’re coming out of the blue, or you have a career in mind – Virginia’s got you covered. The job growth is insane. The unemployment is way below the national average of 3.8 percent. And the choices are just as vast – you will have the ability to chose from something in agriculture and farming, or military and, of course, business and service. Northern Virginia houses six out of the 20 highest income counties in the United States, after all.

And finally, one of the everlasting worries of people within all age groups – healthcare. And who can blame you, taking care of your health should be on top of everyone’s list. Virginia has 89 hospitals across the state. One of the largest hospitals in Washington D.C. metropolitan area, Fairfax Hospital, is in Virginia. The University of Virginia Medical Center is very highly ranked in the field of endocrinology. And another fun, numbery, fact: Virginia has a ratio of 127 doctors per 10.000 residents. This brings it to the 16th spot, nationwide.

Moving to Virginia – The How

Ok, this is the less fun part. But being less fun doesn’t make it any less important. If you’re going to get to enjoy the fried pies full time you’re going to have to do this properly. We are going to consider that you are not relocating locally in Virginia. However, if you are moving about internally, there are a few Virginia Beach local movers you will want to consider.

This guide will focus more on your first time entry on the Virginia soil. There is no chance we can cover all grounds when moving to Virginia, but we would like to suggest the most important things you should focus on. Of course, please don’t think that this is where the list ends. This is just something that should be your priority.

Ok, so this is going to be a factor you are going to have to be mindful of. As far as the weather in Virginia goes the summers can be extremely hot and humid. This is why we would advise against performing the move in this time.

Also, the winter’s ain’t all that pleasant either. Oftenly it can be too cold (duh), and with it icy and snowy. Icy and snowy is usually no good for a move since it does impact the traffic quite a bit, to say the least. Moving to Virginia in any of the two seasons is something you should try to avoid. Especially since you are doing a long distance move. If you went ahead and consulted one of the long distance movers Virginia, I am almost certainly confident they would give the same shoutout.

There is one detail people usually forget, and this doesn’t go just for Virginia. This is what you need to know about relocation in general. Basically, if you’re hitting up an apartment building you need to make sure what are the days you can move in on. There will be buildings that prohibit moves during the weekends. Also, you have to schedule an elevator for your things as well as an access to the rear entrance to the building’s loadout.

Long distance moving to any place, including Virginia, should not be spontaneous. You should not wing it. Adhok it. I mean, you can, nobody can forbid you to do so – it just isn’t smart. There are so many things to look at and consider, so if you start late and plan it on the fly – something will go wrong. If you wish to enjoy a stress-free relocation you will have to start on time. Have a good plan, start packing on time (or hire professionals for packing), pick a good moving company and start moving towards them glorious fried pies!