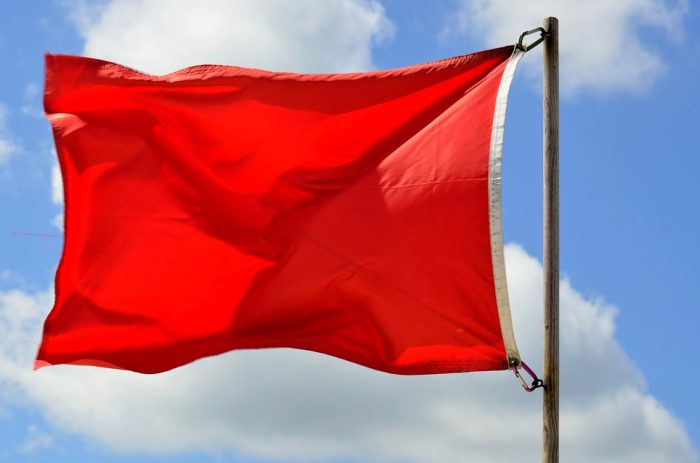 Moving scams are everywhere – in fact, scams are a given in any industry. The problem is that they deliberately make themselves difficult to spot – of course, before it is too late. For that reason, we’re here to help you spot red flags for moving scams. This is because, in moving industry, scams are everywhere, and an individual can never be too alert about such things. Scams can cost you precious time, nerves, and, of course, money, so it is no wonder that people are afraid of entire industries. Here’s a guide on how to spot red flags for moving scams.

But first, what are the red flags for moving scams?

Red flags for moving scams are many. They share some of them with other industries. But, before we proceed with this, allow me to quickly note that not all businesses are scams – in fact, most are just hard working people looking to earn a buck in an extremely competitive industry. However, nobody wants their belongings to disappear or get broken during a summertime moving day, so a careful researcher might suspend the presupposition of innocence, and go straight for the jugular. So, red flags for moving scams come in very broad definitions and categories, and let’s start naming them and shaming them:

And, by this, we mean that the company doesn’t have a “digital footprint” – a presence on the internet. Let’s face it, if your company does not exist on the web, it might not exist at all. Some twenty years ago, researchers have figured out the massive advertising and campaigning potential of the internet. You’re on the website of a company, after all. It goes without saying that companies soon picked up the trend, and now every company has it’s own, neatly done and well-designed internet home. Except for startups, who haven’t had the time, and scams.

To sum it up: to spot red flags for moving scams, open your browser

It’s as simple as that. Thereon, you may want to check several organizations who are dedicated to good business practices (which, surprisingly, do not involve scams). So, every company must be registered with the following government agencies:

However, it also wouldn’t hurt for you to check with the following non-profit organizations:

Basically, what they do is check on the business practices of moving companies. If they are found wanting, it will be duly noted on their website. This is, of course, there only to promote industry standards, but it is also a very useful tool to spot red flags for moving scams.

Finally, as far as the internet goes, check out their reviews to monitor red flags for moving scams

Here’s the thing: even organizations make a mistake every now and then. It’s impossible to keep track of all the moving scams, especially because it’s such a large industry. However, another useful place to check the red flags for moving scams is Yelp. It’s a review-aggregate site, which calculates the average score of a moving company, and customers are also free to leave their comments. Of course, this comes in handy when describing what methods has the company used to perform a scam.

When you consider everything, it is entirely within the realm of possibility for a fraudulent moving company to make a nice website and their internet presence known in order to deceive customers. However, if that is truly the case, we must ask ourselves: “What can we do about this?” Well, there’s nothing we can do unless we’re willing to pull ourselves by the bootstraps and do some investigation on our own accord.

While doing business with fraudulent moving companies, some red flags become rather obvious

If they’re an hour late to the moving and claim a broken truck, that’s no problem. Machines need maintenance, and even well-maintained machines can break down. However, if they arrive with a truck that doesn’t belong to their company – or, worse, a rented truck – there’s something suspicious going on. Other forms of red flags are:

In all of these cases, you should ask them to leave and call 911 if they do not comply.

Another defining trait is low prices

If you hear a moving company offering you a deal at an exorbitantly low price, you’d be right to be suspicious. As it happens, it’s one of the biggest red flags for moving scams. Undercutting the competition is an acceptable practice, however, you’d be suspicious if a $2000 car sold for $500, right? For that reason, feel free to call off the deal when the moving estimate results in a really low price, and call a reliable moving company from verifiedmovers.com in its stead.

The internet is your best option when it comes to researching moving companies that you suspect of being fraudulent. That being said, you cannot rely on the internet only. Finding out something more may come from most unexpected sources, such as someone who has already had experience with them. People like this are your best source, and if multiple people claim that the moving company is fraudulent, well, that is probably the case. Red flags for moving frauds are many, and indeed, varied, but, you could instead hire a reliable moving company via some tips for finding reliable movers. That would, indeed, be the optimal situation.