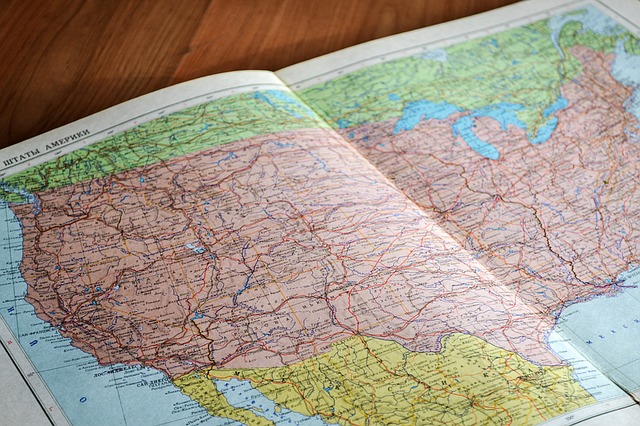 The average American moves about eleven times in his life. Reasons can vary from new jobs, to a simple desire to make a change. Most of them are moving to big cities, but there are also those who hire professional moving companies and move away from the metropolis. We have investigated the most popular places for people in the USA. If Where are Americans moving to? is a question you ever asked, we got your answer.

So, where are Americans moving to?

Of course, nothing can go without the Big Apple. As you probably know, it is the most populous city in the USA. It is the financial, cultural, and media capital of the world. And not to mention that it is also one of the centers of entertainment, education, politics, art, fashion, and sports. The economic and administrative center of NYC is Manhattan, with the famous Fifth Avenue. If you are thinking about moving to that part of the US, consider relocating to Nomad this year, since it is a perfect place for young, successful people.

To answer the question of many people: “No, it does not always rain“. Seattle has less rainfall every year than Boston, New York, Philadelphia, Miami, and many other major metro areas. Seattle’s natural beauty — surrounded by mountains and water from two sides — is one of the biggest attractions for residents.

Landscape and closeness to nature may contribute to Seattle’s attitude: calm and patience. For many, life in Seattle has the same attitude to what is outside the city itself, and to what is inside. Less than an hour from the city center, residents run for the whole day or for the weekend at the wineries, ski resorts, hiking trails, and spreading parks. Think about it, maybe moving to Seattle is for you.

Nicknamed “The Valley of the Sun“, the Greater Phoenix area sees more sunlight than any other metro area in the country. That alone is enough to encourage people to take root. But the capital of Arizona also has the desired combination of a thriving labor market, relatively low cost of living, and many ways to enjoy the good weather.

Phoenix is the best place to get a sample of everything that a state can offer. Its city center can be characterized by sleek, ultra-modern office buildings, but the city center is not only about work. Phoenix also contains ample opportunities for the game. The newly built sports stadiums, as well as the renovated arts and shopping districts, are located in the city center, as are some of the best eateries in the area. Since it has something for everyone, it is a place where are Americans moving to.

Founded in the mid-1800s as a mining center during the gold rush, Denver has come a long way since the days of the Wild West. Denver’s location at the foot of the Rocky Mountains opens the way to a range of outdoor activities. Although it is probably best known for its loyal skier and snowboard enthusiasts. To clarify a common misconception, Denver is not a mountain city. In fact, the road to the Rocky Mountains will take at least an hour. But 30 minutes from the city center there are several excellent places to relax, such as the Red Rocks Park and Cherry Creek State Park.

Located in a region that is experiencing rapid growth, Fayetteville has evolved from a small town into a center for higher education, culture, commerce, and entrepreneurship. The area known as Northwestern Arkansas is the birthplace of Walmart, the headquarters of Tyson Foods and the home of the University of Arkansas.

There are people from all over the world that call Fayetteville home. Newbies often comment on the friendliness of the residents of Fayetteville. People wave and smile at each other, and social events are very well attended. With dozens of voluntary organizations and non-profit organizations, there are many ways to participate in community life and adjust to the new environment.

Charlotte is a region that combines old-fashioned southern charm and energetic cosmopolitan bustle. It is a metro area that is on the rise and has its own culture, culinary sophistication, and a unique feeling. That makes it a more attractive place for people from all over the world to stay. Charlotte has become a place filled with new restaurants to try and events that attract people from all over the world. And that’s the place where are Americans moving to.

Nashville is famous for Grand Ole Opry, Ryman Auditorium, aka Mother of Country Music, and hoarse subtleties. But music is just a by-product of a larger urban culture. Music City is home to a community desperately driven by the desire to create. In the metro area, there is a thriving job market and an exploding entertainment scene for all local things and handicrafts, from hand-made marshmallow to small gin.

Orlando is home to seven of the best theme parks in the world. And annually hosts about 68 million travelers, making it one of the most popular holiday destinations in America. But when you get right into this, every aspect of Orlando comes together to create one of the most attractive areas of Florida for business, life and leisure. And this is very appealing for New Yorkers in the recent years. According to professional moving companies such as Heart Moving Manhattan NYC, this is one of the top reasons why people are leaving NYC. For many residents, theme parks are a matter of pride. The special prices of theme parks for locals, along with the widespread employment that parks offer, have greatly attracted their attention to the community.

People are attracted to the music of the capital of Texas, outdoor places and cultural institutions. Called the World Capital of Live Music, Austin has many music venues and local bands for entertaining an endless crowd. However, musicians need to think about finances before the move. As many say that it is difficult to make a living in Austin with music. Nevertheless, a number of well-established places are regularly booked and host major musical acts. Fun Fun Fun Fest Austin became popular as an innovative festival of progressive music and comedy. No wonder Austin is one of the best cities for Millennials in the US.

Although Myrtle Beach, South Carolina, is better known to strangers as a popular place for beach holidays and golfing, it is also an attractive place to live for a number of reasons. Young professionals are growing families, who are drawn to the region’s mild weather and beaches, are rooted because of the relatively low cost of living.

Being a popular holiday destination, Myrtle Beach offers a large number of jobs in the field of tourism and hospitality. Even if their profession does not revolve around visitors, residents of Myrtle Beach benefit from living in a tourist shelter. Those who live here have access to hundreds of quality restaurants, various leisure activities and a packed calendar of events.

Residents also benefit from the pro-business atmosphere of the area, promoted by low-income taxes and numerous incentives for growing companies. All of that makes Myrtle Beach a great place to start a small business.