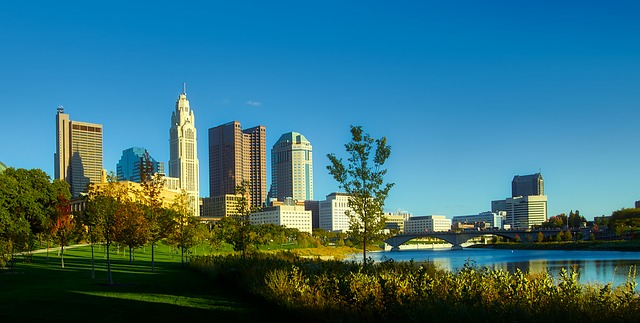 You need to think about a lot of things before moving to college. While organizing your relocation and creating a college relocation checklist is important, you need to know where you want to move first. But, that won’t be so hard with this list of best college towns in the US. These places can offer the stimulation that students need, but also the safety that’s necessary. Also, parents won’t have to worry about the well being of their kids and won’t go bankrupt if they send off their kids here to study.

Why are these the best college towns in the US?

What makes a great college town? People might value different things when it comes to the ranking of college towns. Of course, a good education is important, but having a lot to do is also important. After all, wouldn’t it be nice if you could stay in this place and have a great life there even after you graduate? That’s why here you’ll find the list of best college towns in the United States, based on these factors:

While successful relocation to any part of Ohio sounds like a good plan, there are a lot of reasons to consider Columbus. It’s, without a doubt, one of the best large college cities in the United States. And this is due to the phenomenal The Ohio State University. There are plenty of opportunities for students in the city, and factors like quality of education, crime rates and the cost of living are contributing factors to Columbus being on the list. However, don’t confuse Columbus as only a college town. Metro area of more than two million people has more to offer, as there’s a lot to see and do. Whether it’s a lot of shopping and dining places, or great options for entertainment, keep in mind that the city doesn’t depend on the university.

It seems like Ohio is a great state for students. Here’s one more place in Ohio, this time in Cuyahoga County. On the southern edge of Cleveland, you can find Parma, a place with a population of around 79,559. If you choose Bryant & Stratton College-Parma in the city, you’re sure to enjoy your days as a student here.

Cincinnati is a county seat of Hamilton County, with a population of around 300,000, and a bit less than 10 % makes up the undergrad population. This city is the third-largest in Ohio and it probably has the fastest growing economy of the Midwestern US. While you can move in or out of your dorm with ease, you might find a reason to stay here after you graduate, which will probably be a good idea in a thriving economy of Cincinnati.

Did you know that this is the only city in the US with more than the population of more than 65.000, with more than 45% of the population enrolled in college or graduate schools? And, the median age is 23.1, so you can expect a lot of young people when you move here. And the unemployment rate is significantly lower than the national unemployment rate. So, if you want to live in a nice college town, full of young people and the great employment opportunities, start planning your move immediately.

The city with a population of around 255,214 and a student population of around 44,000. On an isthmus between two lakes, you’ll find Madison, one of the best college towns in the US. With many miles of trails in Arboretum and great options for swimming, boating, and fishing. But it’s not just that Madison is a great city for people who enjoy outdoors. The population is one of the most educated in the US, and there are great big businesses and entrepreneurs. And with large employers like Google and Microsoft, there’s hardly anything else that you need. Especially after you walk State Street and see all the cafes, vibrant nightlife, and local businesses.

There are many reasons why you should consider moving to this hip town with a population of around 97,000. It’s a great place for educated people, artists, and an outdoor city with amazing views of the Flatirons. Mountain views are very important in Boulder, Colorado. And even though the city is not that big, and walkable, the public transit system is amazing, and there are plenty of bicycle paths. It’s got great shopping places, coffee shops, book stores and everything you need. And there are great employers here, such as science institutes and tech companies. If you’re looking for a great college town that you’ll want to stay after graduating, Boulder is perfect.

There are several places you should consider when moving to Massachusetts. However,  if you’re moving to college you cannot forget about Cambridge. The higher education institutions include Cambridge College, Harvard University, Massachusetts Institute of Technology, and other renowned institutions. While MIT and Harvard are the largest employers in Cambridge, there are other tech giants and research facilities have been opening offices here. And you might’ve heard about some of these companies, like Google, Pfizer, Microsoft Research, Amazon and Stapes. In addition to all of this, the walkability in the city is amazing. And that’s great, considering that there’s a lot to see, especially cultural and artistic events and places.

After you choose your new college town

Choosing only one of these best college towns in the US might be hard. But, it’s not the only choice you’ll have to make. Before you move, you’ll have to know how to recognize reliable movers. As you can see, there are some important decisions you’ll have to make in this period of your life. But, if you choose wisely, this can become the best time of your life and you’ll enjoy every part of it.