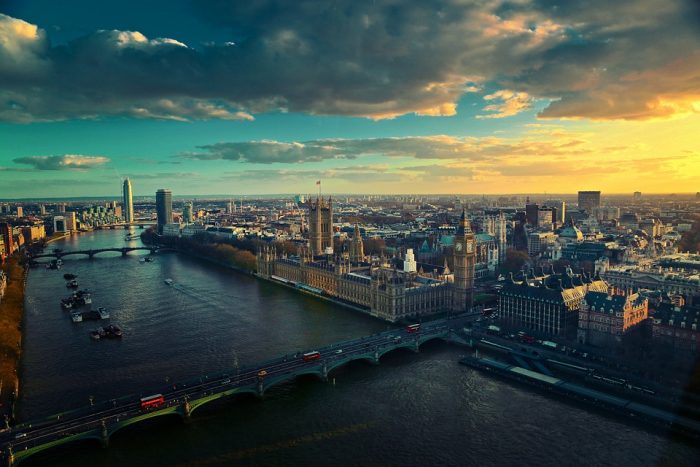 Every business either expands or leaves for greener pastures. This means that you if you’re a young entrepreneur, will eventually decide to do the same. When starting a business abroad, you have to look for the best location possible. A better business climate is what you’re looking for, and some places in the world are waiting for people like you to help build their infrastructure. So, here are some of the places to relocate abroad:

1. The very top among places for starting a business abroad the United Kingdom

Even with the UK leaving the European Union, it still remains one of the best places for business in Europe. Once Article 50 is called upon, the two-year-long process of leaving the EU will begin. However, it has been more than a year and a half since Brexit. The process hasn’t begun yet, so the UK remains a sweet spot for international trade, being Europe’s 2nd largest economy. What sets the UK apart from countries is a well-educated workforce. This means great productivity, but such labor force doesn’t come cheap. In British business, it’s – go big or go home. If you’re interested in starting a business abroad, this might be a good place to start.

The recent removal of trade tariffs means that NZ is a very friendly business environment. New Zealand companies are well known for outsourcing labor to mainland Asia – places such as Thailand, Vietnam or Laos. As a result, there has been a slight rise in overall unemployment. This leaves that a startup business can easily find qualified workforce of all profiles. What’s more is that NZ and many mainland Asian countries signed a Free Trade agreement, forming their own trade zone. On an unrelated note, this is where the filming of Lord of the Rings occurred.

This is the front door of the European market. Even though the Netherlands is very small, it has a very supportive corporate tax structure, not to mention it’s close connection with the rest of the European market. Many international corporations have chosen the Netherlands as their gateway to Europe. The reason for this is their superb logistics. You will also find many experts in all fields there, as well as multilingual. Their ports offer great shipping services, and the Netherlands as a whole is an extremely competitive environment.

People see Sweden as an unwelcoming environment, because of high tax rates and employee benefits. However, since 2005, the Swedish government has reduced those by a significant amount. It’s also a hub for tech geeks. When starting a business abroad, you should have in mind the workforce. As you may have guessed, it ranks very high on workforce education. There are some problems, however: about one in five companies reports not hiring additional workers due to an extensive social security net. However, compared to the advantages, it is obvious that Sweden is a generally desirable place to run a business. And then, there’s all the Viking heritage.

We’re going across the ocean to explore Toronto and Canada for this one. One might think that, when starting a business, the USA would be the place to go. Fewer regulations, right? Well, both yes and no. When European say that starting a business abroad would be good, they typically want to start one in the USA. But what about USA’s northern neighbor? Canada does offer some high taxes – although foreign businesses are tax-exempt – but what businesses get in return is amazing. Extremely low crime rates. The actual corporate tax rate is lowest among the G7 nations.

Just like the Netherlands is the perfect stepping stone in doing business in mainland Europe, so is Hong Kong perfect for doing business (and investment in particular) in mainland China and Southeastern Asia. What sets Hong Kong apart from other countries is that the local government is willing to offer services such as advice and research for free. Hong Kong also boasts a close economic partnership with China. When starting a business abroad, you should definitely take mainland Asia into consideration, especially China and India. And, as we mentioned, Hong Kong is a gateway to both of these.

7. Singapore proves that starting a business abroad is definitely profitable

We dare not skip this one. Singapore came on top of the World Bank Group’s annual ease of doing the business measurement for the 10th year in a row. Now that’s something to be proud of. Their commercial court system is the most effective, taking only about 150 days to resolve. This is a world record, and you will need it. Every business owner has had to deal with lawsuits, and you will not be the exception. You can see why this is important. Singapore is a small city, and property disputes are surprisingly common.

With over 70% of the annual GDP coming from the service sector, Switzerland is the very best that Europe has to offer. Banking, insurance and freight and transport make up for a very competitive environment. Switzerland’s tax rates are very investment-oriented. What’s more is that Switzerland boasts one of the best-educated workforces in the world. That’s quite something to be proud of.

The Swiss education system is very practice-oriented, which means that students will already have some practice in their respective fields by the time of their employment. Legal stability, advanced investment, and foreign trade systems, as well as a great infrastructure, make Switzerland into a fertile ground for foreign direct investments. When starting a business abroad, especially in Europe, have Switzerland in mind.

Generally speaking, the USA is always very open towards businesses, even small ones. However, a lot of it depends on the US state you move to. There are federal laws, which are universal, and state laws, which, of course, vary. Some states are very business oriented – such as:

This, of course, largely depends on the industry, but, generally speak, it also applies on a global level. Some places are oriented towards specific industries. For example, the automotive industry isn’t Switzerland’s strongest suit, but investment banking is. Tech and IT startups might feel at home in Sweden or California on the other hand. The main advice we can give you, for the time being, is to play to your strengths!