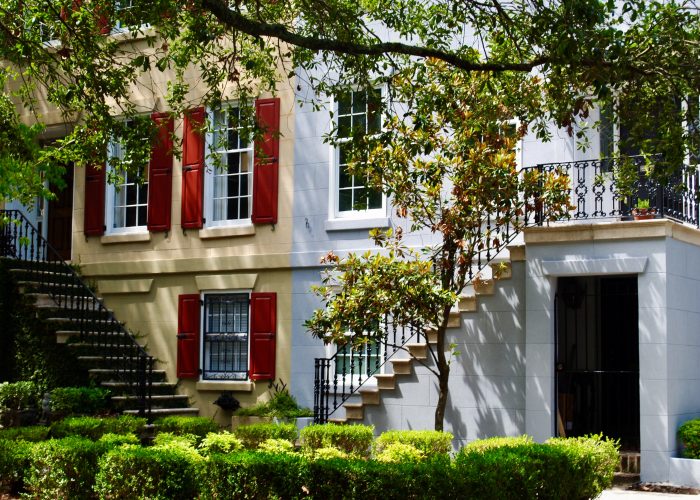 A variety of parks and sports grounds really give the whole area a far more family-friendly feel. With jobs ranging across all sectors, Queens is also a great place to move for those starting a career.

Located on the Western side of Queens, Sunnyside boasts a short commute to the city center (15 minutes to the grand central station). Whilst being so close to the city, it also boasts a large number of parks and sports facilities. This is complemented by some of the most colorful and vibrant areas in all of Queens. Low crime rates and tree-lined avenues are some other reasons why it’s been referred to as a “secret garden”.

Some of the main highlights of choosing Sunnyside as your new neighborhood are the following.

Built in the 1920s with a vision to create a utopia for the middle class, these gardens contribute to why Sunnyside is one of the most colorful neighborhoods in Queens. Along with the gardens, there’s also a members club which offers a variety of sports facilities for you and your family.

There are murals located all over the neighborhood of Sunnyside making the whole place far more colorful. It also makes this particular neighborhood feel far more suburban and less like a city. This, along with the spirit of supporting local business’ makes the overall feel of Sunnyside much more welcoming. This could also work well for you if you are bringing your business with you when you move.

Most of the Sunnyside’s streets, along with a fair few of the more commercial roads are lined with trees on each side. This not only makes the neighborhood much more colorful but also really brings it to life. Whilst living so close to the center of New York, it’s certainly refreshing to be surrounded by so much nature.

Sunnyside was originally farmland next to New York City. However, as time moved on and technology developed the neighborhood was turned into suburbs to support the number of people working in the city. These agricultural roots have carried through to the 21st century meaning Sunnyside is often referred to as a “secret garden”

If you are looking to move to this particularly colorful neighborhood, Sunnyside offers amazing professionals to assist you with the process. Using local movers will really fit with the spirit of the neighborhood and ensure your move-in process is as authentic as possible.

Jamaica is also one of the most colorful neighborhoods in Queens. The main shopping street is Jamaica Avenue where you can find almost any shop you can think of. Jamaica is also known for its weekly farmers’ market which makes the neighborhood much more colorful and lively on a consistent basis.

Some of the things that make Jamaica an ideal place to move to are explained below.

Jamaica Centre for Arts and Learning

As you can probably imagine, having an arts center within your neighborhood immediately makes it more colorful. The Jamaica center for arts and learning is a non-profit organization that educates in a variety of different branches of the arts. There are also frequent free workshops if the arts are something you enjoy as a hobby. Whether you’re interested in performance, visual, or any other branch of the arts there will be a class here for you to further your interests.

53 acres of the park within the neighborhood makes this particular area feel much less claustrophobic. With facilities for; swimming, basketball, tennis, etc. As well as WIFI hotspots located throughout the park. Making it an ideal location if you’re looking for a welcoming and colorful neighborhood in Queens. On top of all of this, there’s a four-acre section of the park dedicated to teaching people how to grow vegetables.

Not only does this make the neighborhood much more colorful, it also gives you a break from the busy city environment surrounding you. There are over 325 birds as well as plenty of hikes to keep yourself occupied. Having such a vast wildlife refuge nearby can’t be underrated for your mental health, especially during pandemic times.

Like Sunnyside, Jamaica has carried its historical roots through to the 21st century. It was known as a commercial district in its early years, which is very obvious when walking down Jamaica Avenue. Whilst you would think this would make the neighborhood more expensive, it’s actually a bargain hunters’ dream.

If it’s looking like Jamaica will be your new home, find a crew in this area to assist you with your move. Local moving companies will be able to offer much more than nationwide companies can. Often using their quote services, you’ll be able to save more on your move too. Meaning you will have more money free to explore your new colorful neighborhood.

Queens has lots of colorful neighborhoods

Queens in general is very colorful. If that’s what you’re looking for, you can’t really go wrong. Queens is also home to the world famous JFK airport. This makes it great if you’re someone who travels for business a lot. The focus on small businesses gives Queens a sense of community, which is hard to find within such a large city. Lots of space dedicated to parks and recreational grounds is one of the main factors making Queens one of the best areas within a short commute to New York City to relocate to.

Whether you choose any of the neighborhoods outlined in this article or not. Hopefully, this article has convinced you that Queens is a great area to move to when looking for a colorful neighborhood.