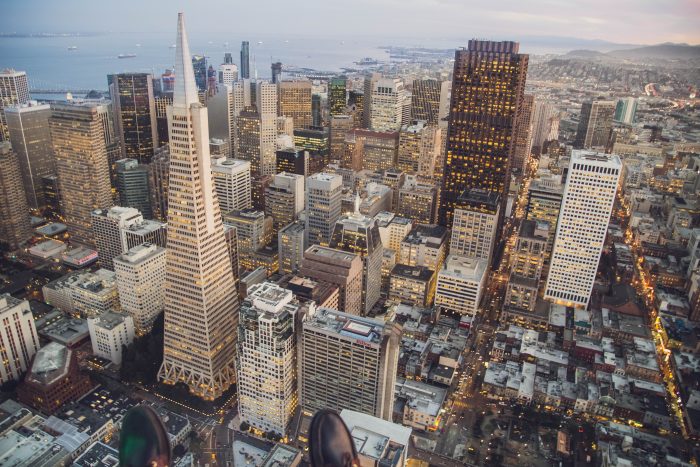 A few years ago, San Francisco became the most expensive city to live in the United States. It is now more expensive than New York and LA and this should come as no surprise. Due to IT industry settling down in the Silicon Valley, rent and housing prices have skyrocketed. The city has become so expensive that life-long residents are moving out because regular hourly job hardly pays the rent, let alone supports a family.

So, if you’re thinking about moving to San Francisco and you’re not in IT, you should probably be taking a look at Oakland, Daly City or Alameda which are all pretty much close by. Still, saving money when moving is a good way to enhance the short-term budget that you will need when signing a lease.

Finding an affordable place to live in San Francisco could become a difficult task. Here are a few suggestions on what neighborhoods to pay attention to:

Remember the show It’s always sunny in California? Well, it isn’t. It’s foggy in San Francisco. And quite chilly in the summer. Really, warm weather sets in San Francisco as late as October and doesn’t last long. Don’t be fooled by believing it is going to be nice and warm if you get there in July. Depending on where you come from, it may feel as if you moved in the winter instead of during the summer. It will be pretty warm during the day, sure, but mornings and evening will be quite cold and windy.

Once you get to Fisherman’s Wharf and come across shops selling wool hats, gloves and sweaters you’ll realize just how many people come to San Francisco unprepared, expecting the warm Californian sun to shine on them. Instead, constant breeze, fog and cold welcome them.

There are two major parks in San Francisco: the Golden Gate Park and the Presidio with smaller parks scattered around town such as Dolores, Buena Vista Park, Alamo Square (where you’ll find Painted Ladies), etc.

Golden Gate Park is the biggest park in San Francisco and was inspired by Central Park in New York. It is similar in shape to Central Park, but slightly bigger and is the fifth biggest nationwide. It is one of the city’s best-known landmarks. Among other things, it features nine lakes, a buffalo paddock and a very diverse range of plants that grow here due to the peculiar climate of San Francisco.

In a cultural sense, Golden Gate Park is home to De Young Museum which showcases an exhibition of American arts from 17th to 21st century; modern and contemporary art; and art pieces from other parts of the world. Also, in case you are interested in sports, quite a few sports venues are located within the park, such as tennis courts, soccer pitches, handball courts, etc.

Once a military fortress, since its foundation in the 18th century, the Presidio of San Francisco changed hands three times: Spain built it and handed it over to Mexico when Mexico gained independence. Afterward, when the Mexican-American war broke out, Americans seized it and Presidio remained in the hands of the military until 1994. Then, National Parks took over managing it and opened it to the public. Today, it is a recreational area with beautiful views of the Bay, Golden Gate Bridge, and the Pacific.

Situated on the cost of the Pacific, San Francisco boasts a few very nice city beaches. However, due to very cold waters, apart from surfers in wetsuits, do not expect to see many locals engaging in water-sports. Therefore, if you’re thinking of moving to San Francisco for the perks of enjoying swimming in the ocean, you’d better think again.

As you probably already know, San Francisco is comprised of seven hills. This means that wherever you go, it’s rarely going to be on a flat surface. Usually, you’ll be looking up or down the hill to see where to go next. Due to such terrain, San Francisco is very popular with cars. However, don’t underestimate its public transit. If it weren’t for BART, local subway system, the situation would be even worse than it is now. Still, it is very easy to get stuck in traffic during rush hour, especially in the Financial District, SOMA and the Fisherman’s Wharf.

Instead of driving a car, you can make use of diverse lines of very modern buses, old trams, trolleybuses, light metro lines or cable cars which San Francisco is famous for. While cable car is popular with tourists, locals favor other means of transport, so don’t hesitate to get familiar with where they can take you to.

Beware of earthquakes before moving to San Francisco

San Francisco was a site of two major earthquakes in the twentieth century and locals are still beware of them.

The first major earthquake struck in 1906 causing a devastating fire to engulf the city and leave it in ruins. The second disaster happened in 1989 while the city was preparing for the World Series Game 3 clash between Oakland A’s and San Francisco Giants. While this earthquake wasn’t as strong as the one in 1906, it was far from soft. Portions of the upper level of Cypress Street Viaduct collapsed crushing cars below. Furthermore, due to a lack of bedrock foundation in the Marina district, the ground liquefied. This lead to collapsing of various installations that ran underground. Gas pipeline burst and once again, the fire had to be dealt with.

We sincerely hope you are more familiar now with what to expect when moving to San Francisco. We’d also like to encourage you to not give up your dream of living in your dream city just yet. Make sure you are well prepared for relocation, avoid scammed moving, dig deep for information and surely you’ll find a way!