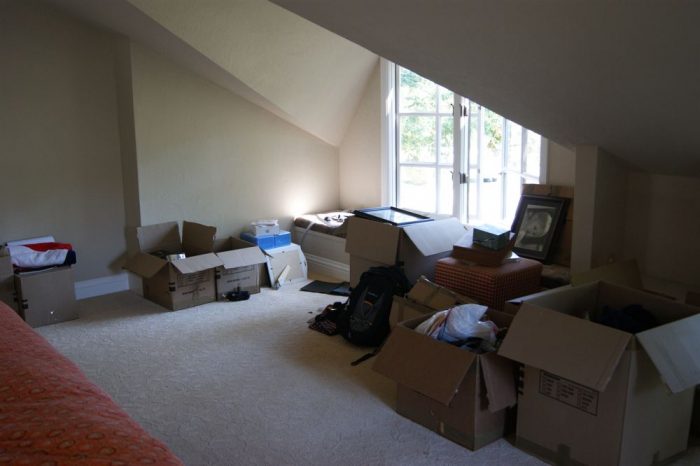 The day has finally come! You’ve said your goodbyes, packed up everything and next thing you know – you’ve relocated. The specialists for a local NYC move you hired have done the grunt work; they handled the transportation and have dropped everything off. But now you find yourself in a new apartment full of boxes which need unpacking. And in case you haven’t thought this far ahead, here is our contribution to help you with unpacking after moving to Brooklyn.

Things you need to know before and during unpacking process

Now, if you’ve been paying attention to our previous pieces of advice for the packing process, you should now have a pretty organized pile of boxes. And as long as you remembered to mark each box, you should have no problems at all. And even if you forgot, it’s no big deal. It’ll take a while longer but we’ll help you get there.

This might be your main concern, which is why we’re tackling it first. It’s always hard to determine how long a certain task will take. Unpacking after Brooklyn move is no exception to that rule. For starters, you need to define how you’ll go at it, based on the amount of stuff you have. The choices would include:

No matter the path you take, consider that this is no easy one-day thing. But with a little planning and sacrifice, it can take a whole lot less. So on to the next part of the task.

Where to begin with the unpacking after you move to Brooklyn?

Standing there and looking at all those boxes makes your head spin a little. But hey, one step at a time and it’ll be over before you can say: “Relocation done right”. To start you off, make sure that you separate and stack all the boxes in the designated rooms. Since you won’t be looking to unpack in a day, it’ll definitely give you more space to move around. Also, bear in mind that this can be a fun activity. You are decorating while unpacking after moving to Brooklyn, so make the best out of it.

Once you’ve organized everything, time to get started with the essentials. So you need to consider the following:

Make sure that everything is cooking in the kitchen first

Although you should be prepared to order or go out for food while you unpack, it’s still important to have your kitchen up and running. So you need to commit yourself to unpacking the kitchen first. This does not mean that you have to have everything ready and going.

For starters, make sure to hook up all the major appliances. Then make sure that all the shelves and cupboards are in place and tight. Finally, go about unpacking the pots, pans, and dishes. Everyone needs to have that morning cup of Joe before getting down to business. But remember essentials for everyday use only. No need to overdo it and spend too much time unpacking grandma’s antique teapot.

Next step – setting up the bathroom

Even though most of the bathroom should already be set up (shower, toilet seat, sink etc.), there are still things to unpack. For starters, setting up your medicine cabinet and personal hygiene drawer. Unpacking can be tiring and dirty work, so make sure that the plumbing is in order. At the end of a busy day, nothing beats a good long shower.

Time to lay out the bedroom

Now that you have secured food and hygiene, time to secure a place to rest. Basically, it’s enough of a fix to pull out a mattress, get a pillow and some sheets and there you go. But still, nothing beats the comfort of a fully set up bed, especially after a full days work. Also, you’ll get rid of quite a number of boxes when you fill out your closet with wardrobe.

Putting together the living room as a gathering spot

Unpacking is all good and well, but at some point, you’ll wish to have a cold refreshing drink and rest. What better way than by unpacking your living room in a suitable relaxing manner. In case you are planning on having guests early on or people helping you out, you’ll need a common room. However, before you start putting the furniture together and arranging, we advise planning out the layout of the room. It’ll be easier to do so without having to move around an entire sofa or armchairs.

Finishing touches to unpacking after moving to Brooklyn

Now that you’ve taken care of the major areas, everything else should be a stroll. And the best part since you have all the necessities covered, you can take your time with the rest. But that doesn’t mean that you should go about unpacking for the next half a year. Just take off several hours each day until you’ve got everything set up. After all, this is your new home and a reflection of you as well. So why not make it out as best you can.